We have extensively written about best synthetic oil for Harley Davidson motorcycle. Despite of that, there are many two-wheelers who send us emails asking about informational follow-up content pieces on ideal engine oil for motorbikes. Therefore, for such users’ sake, the ‘My Engine Needs’ staff decided to do another write-up.

This article features debatable issues about Harley Davidson motorcycles. We have looked at possible angles about using synthetic engine oil for such motorbikes. Since Harleys don’t come cheap, you should be conscious about what your pour down that engine oil compartment. There’s also a use case scenario submitted to us from an anonymous user. You should give it a read while you are at it.

In a Hurry – Check Availability Here

What Harley Davidson Co. Is Saying about Engine Oil?

Just like any other popular motorcycle manufacturer, Harley Davidson Co. emphasizes that you should only use their branded engine oil. Whether it is conventional mineral oil, semi-synthetic oil, or full synthetic engine oil, Harley officials couldn’t stress upon the use of a select number of brands.

We say that it’s a marketing tactic. After all, endorsements and word of mouth are always beneficial to the manufacturer in the long run.

But, if you are willing to put 2 n’ 2 together by doing some homework, you will know that any high-quality synthetic oil will do well in your Harley Davidson’s engine. That being said, all Harleys are categorized according to their engine type. You cannot use one specific type of engine oil for every other HD in the market. If it’s a pan head engine, it will use X type of synthetic engine oil; if it’s a V Twin engine, it will need Y type of engine oil – so on and so forth.

We have broken down engine oil types for Harley Davidson motorcycles into following main categories. Our personal recommendation on a specific oil type will follow afterward. Read on…

This is your basic engine oil type. It’s old school and despite Harley Davidson Co.’s advancement, some loyalists stick with using mineral engine oil. They think that their engine is “tuned” to the oil’s chemical composition or whatever. They may be right, but switching from mineral engine oil to semi-synthetic/ full synthetic engine oil is not that difficult. All you need to follow are some basic ritual like steps, and you’ll be thanking us later.

This is more of a hybrid category. It is not full on synthetic engine oil, but you are somewhere close to a standard benchmark. A while ago, we wrote up a simple review where it was mentioned that Castrol was sued for misrepresentation on a certain branding strategy. The complainant stated that Castrol was using a certain product and claimed that it was full synthetic engine oil. However, studies revealed that the chemical composition of the engine oil was semi-synthetic.

This lead to a lawsuit that Castrol eventually lost. However, it was a minor dent. They overcame adversity and released hundreds of new products that were bang on accurate and outperformed the competition by a long shot.

Finally, this one’s the latest breed of synthetic engine oil for Harley Davidson bikes. If you ask Harley reps, they will recommend official HD endorsed engine oil. We already mentioned earlier that it is a harmless marketing tactic. You can either use what they recommend or go for other brands that you have been following previously as an avid road racer.

An interesting thing to note that is Harley Davidson warranty violation. You will not be violating their warranty guidelines for as long as you are using “any” full synthetic engine oil that meets the company’s API rating. To check API rating, read the engine oil specifications and standards. You can also consult with your motorcycle company to see the SAE and API rating for your bike’s engine.

Okay, so it’s your first time using a Harley Davidson motorcycle. Obviously, a lot of questions point to the correct engine oil type. Since you don’t want to repeat “noob” bikers’ mistakes, we suggest that you use any high-quality synthetic engine oil as long as it meets the company’s API standards.

These API standards are applicable to different Harley Davidson bike engines. It implies that you use the correct engine oil type to prevent the engine from bearing any internal damage or whatsoever.

Here are some of the popular API types for Harley Davidson synthetic and semi-synthetic engine oil:

• 10W-40: This one’s suitable for proud Harley Davidson owners located in cold areas. If you suspect that the temperature outside does not exceed 60°F, you should go for 10W-40 type engine oil.

• 50W Series: Usually this type of engine oil comes in a single weight limit. The ideal temperature range for optimal performance is 60°F to 100°F.

• 60W: If you live in a country/ region where the temperature is always higher than 80°F – 100°F, then this category of engine oil will serve you better.

We did some research and found out that Harley Davidson Co. has never recommended any mineral, synthetic or full synthetic engine oil higher than 60W. Therefore, if your old “mechanic buddy” thinks that 70W will be the best substitute for a 60W quart, don’t fall for it. Typically, a higher number does not mean better performance; it is just a labeling system for specific oil types.

Okay, so this guy reached out to us recently. He said that he was trail biking on his Harley Davidson. The road was bumpy and since there were a lot of turns, he had to apply the brakes a lot. Soon, the rider started hearing screeching noises whenever brakes were applied.

In some instances, the brakes automatically applied to a lighter extent. He rode his bike to the nearest Harley Davidson repair center. The “experts” told him that the issue was probably due to the brake fluid reaching boiling point. Since the bike was parked for a while now at the repair service center, it seemed to be working fine.

Out of curiosity, this user asked if he could use some other company’s synthetic brake n’ engine oil with a higher rating as opposed to the boiling point temperature. The Harley Davidson rep told him that it was a big “NO” and Harley Davidson oil is the best oil in the world.

Anyhow, this rider knew that it was just a marketing gimmick. He rode off and switched to some AMSOIL synthetic oil instead of using Harley Davidson full synthetic oil. He also wrote to us because he wanted to help other HD owners who were confused about using the right kind of engine and brake fluids.

Instead of using Harley Davidson full synthetic oil. He also wrote to us because he wanted to help other HD owners who were confused about using the right kind of engine and brake fluids.

Lesson Learned: Now pay attention here folks. The official Harley Davidson brake fluid has a 325°F limit. You can switch to a DOT 4 category synthetic oil substitute. The latter has 425°F boiling point limit. This will prevent the screeching noise issue that was posted earlier. 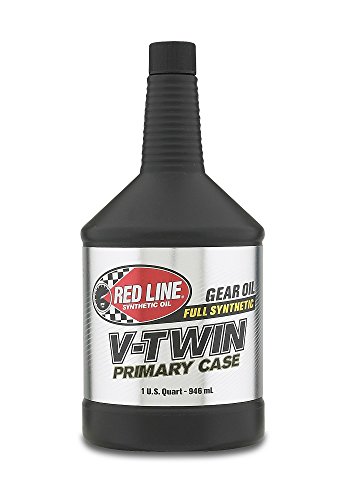 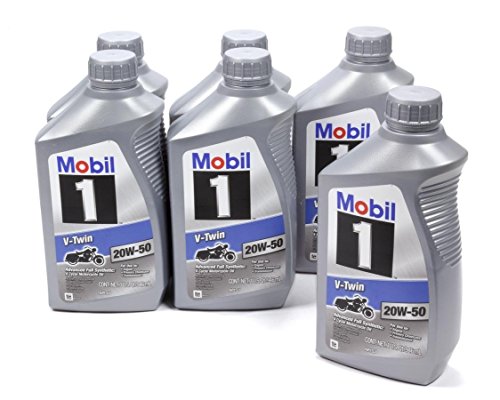 Why Synthetic Engine Oil is better for Harley Davidson Bikes?

Harley Davidson’s have a big bore engine. Also, the pistons rev at a higher speed, which leads to an extremely high temperature. For such engines, oil manufacturers produce high-quality synthetic engine oil that not only withstands the high-temperature constraints but also prevents any metal on metal contact damage.

Likewise, if you ride a Harley Davidson with some audacious domestic booty kickin’ V-Twins, you should complement the engine with full synthetic engine oil. You can go for semi-synthetic too, but the case in point is that V-twin engines have elevated temperature spikes.

Low-Quality engine oil will only wear thin besides adding to the hot temperature inside the engine. Eventually, you will be doing your sweet old’ Harley more damage without even knowing the cause in the first place. So, be careful and ride responsibly!

Never Ever Make This Mistake with Your Harley Davidson Engine:

Whatever you do, never ever EVER use a motorcar synthetic engine oil on your Harley Davidson. Sure, at first, the engine will purr like a cat. Everything will be smooth for a month or two. However, after several months, the engine will become noisy – definitely not in a good way.

You will also notice traction issues, overheating and many other mechanical failures. We found out that motorcycle engines produce higher revs at a higher gear change pace. Compared to bike engines, car engines operate at a lower rev pace.

We hope that this post helped you to some extent with your Harley Davidson engine oil woes. In case you have any additional questions, feel free to share them through the comments section below. If you’d like to remain anonymous, send us an email. We would love to get back to you. Good luck out there, and ride safe!