Back in January 2019, we wrote a small piece about ‘What synthetic oil for small engines’. As it turns out, the write-up received good traction, mainly among power tool owners who use a variety of tools at their home.

Is It Okay to Use Synthetic Oil for Lawnmowers, Garden Tractors and Such Other Machines?

The probability of synthetic oil suiting a small engine is high, but it has to be done the right way. Sometimes that means that you will have to mix the engine oil with conventional oil or the base compound which you are already using for your power tool.

In that order, if you are looking to get maximum results, be mindful of the engine rating and the mix ratio which is usually mentioned in the power tool instructions manual. This theory also applies to small motorcycle engines with minimal amount of horsepower. If you do the math correctly, and don’t mess up on the engine rating, the synthetic oil will do just fine. 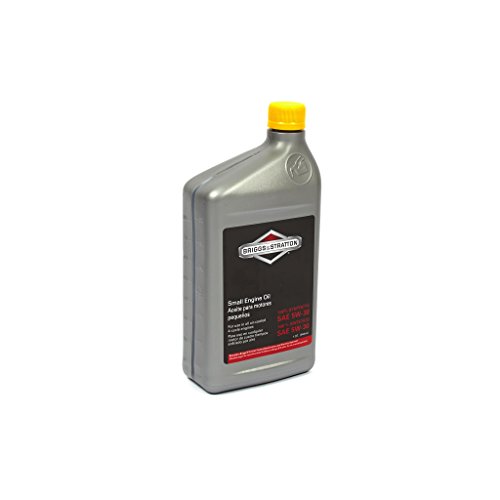 Leftover synthetic oil is usually a small remainder of the oil that left in your quart bottle. Usually, this oil is for cars, but car owners who don’t like to part ways with their synthetic oil, use it on other machinery available in their household.

It is a splendid idea as far as assumptions and impulse goes, but smaller engines are not used like car engines. A 2 stroke engine operates at very low level, where heat generation is not that much and other variables account for the engine’s performance. If you are thinking of pouring in leftover synthetic oil, most of the risk is associated with the engine’s rating, make n’ model, and whether it actually supports such oils or not.

Some people have had good experience, while others reported engine failure, mechanical issues and etc. Whatever engine type you have, if you are planning to run it once or twice a week, any blend of hybrid synthetic engine oil, or 100% synthetic engine oil will keep on churning those low RPMs for years to come. Since you are not operating the engine at maximum capacity – and that too on daily basis, you have nothing to worry about.

My Power Tool Came With a Small Bottle of Engine Oil. What Should I Do?

If your power tool came with a small bottle of oil, use that first. Most of the new small engines are designed to work with a select category of engine oil. These oil types have the perfect amount of viscosity, heat resistance and such other factors that lead to optimal engine performance.

Also, a brand new engine, whether it is small or not, should only be used in combination with the oil type that came as a recommendation. Since new engines need a lot of time to breakthrough, their performance depends a lot on the oil.

We found out that using mixed oil, i.e. one part synthetic and the rest as traditional engine oil, generates better results. Regardless, if you are thinking about changing, mixing or refilling your small engine to the effects of detergent oil vs synthetic oil, take a look at the following tips below:

Sometimes it takes well over a week or two for a new oil type to settle in. During this period, don’t overuse your small engine machine, thinking that you are not getting the same level of performance as you used to.

Just to be on the safe side, always change your oil, once the power tool, lawnmower, or whichever small engine machine you in your possession, has run for a cumulative 25 hour time period. If you are using the machine in a humid environment, or on dusty terrain, than reduce the change interval to 15 hours of average use.

The best recommended rating of synthetic oil for small engines is 5W30. It can be generally used for a long range of small sized engines without any hitches. However, make sure that the owner’s manual doesn’t mention anything otherwise.

Last but not the least, never discard your old engine oil by dumping it into nearby water exit channels. You could be contaminating some water supply source by doing so.

More importantly, make sure that you have changed the engine oil filter whenever you have refilled the engine with a strain of new oil. People ignore the importance of changing engine oil filter a lot of times because they think they are saving money by doing so. However, using old oil filter can lead to serious engine malfunction, performance hitches and other mechanical failures eventually.

Mobil 1 synthetic oil is an excellent oil for use in

If you want to have the best performance for your diesel

If you want the best for your motorcycle engine, go for 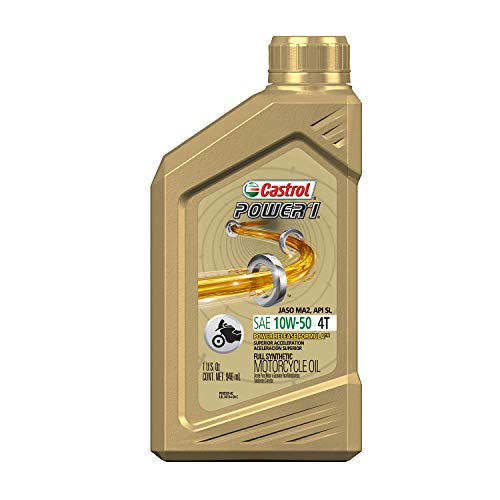