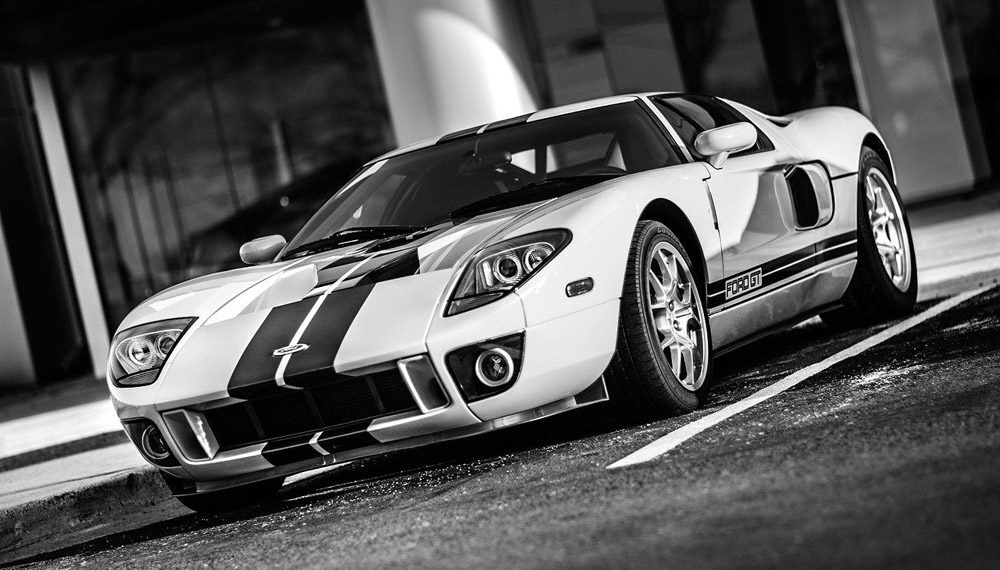 Image by smarko from Pixabay

Royal Purple XPR racing oil has a formulation that meets the needs of multi-platform racing. The four-star oil consists of high-quality base oil and Synerlec additive technology.

When the engine is idle, the oil drains to the sump. This causes a lot of friction when starting the engine. XPR features the Synerlec additive technology that enables it to cling on the engine, this leads to no friction between the metal parts even during startup.

Royal Purple XPR ensures you enjoy a superior mechanical performance. You also get increased fuel mileage, which saves you a lot of fuel costs.

Racing cars require a lot of horsepower and responsiveness. If you use conventional oils, you may not get the best performance. However, Royal Purple XPR comes with additives that enhance responsiveness and horsepower.

Royal Purple XPR is popular in many motorsports, including NHRA, NASCAR, among others.

The synthetic oil provides better protection and performance than many other synthetic oils. It also performs better than conventional oils with aftermarket additives.

Due to the enhanced technology Royal Purple costs more than its conventional counterparts. 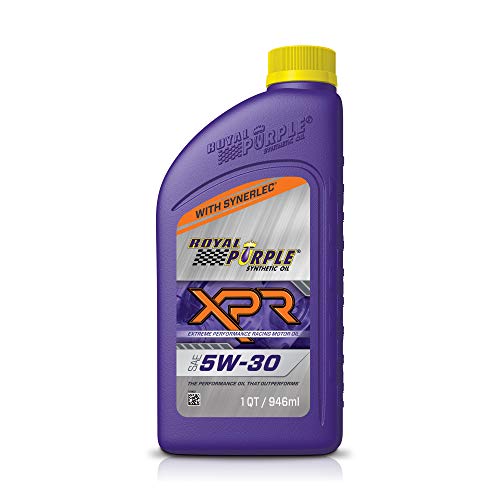 If you are a car enthusiast, then you know how important it is to have the right kind of oil.

Oil in a racing car not only protects the engine but also enhances performance. XPR racing car oil features enhanced additives that reduce wear in the engine. It also increases the horsepower for better performance.

Who is this product for?

If you are a racing car enthusiast, Royal Purple XPR is the oil for you.

First, the oil is not from crude oils as it doesn’t contain impurities that would clog the engine and slow performance.

Also, a racing car is characterized by a lot of shifts and rapid movements. The synthetic oil is for you as it facilitates smooth shifts and responsiveness.

The oil is also rust and corrosion resistant which prevents the formation of acids in the engine and enhances the durability of the engine.

The oil is not only ideal for track racing. You can also use it in street racing and other competitions.

One outstanding feature of the XPR racing oil is the synerlec technology. When an engine is not functional, oil drains into the sump and settles. When you want to start up the engine the oil should flow fast to lubricate the engine parts. However, this is not always the case as this can lead to friction and wear.

With the synerlec technology, XPR forms a protective coating around the engine parts as this coat will protect the engine during startup.

Additionally, racing cars generate a lot of heat and pressure as ordinary oil will dissipate when exposed to the temperatures and pressure. Royal Purple XPR synthetic comes with enhanced capabilities to survive in high temperatures as it offers optimal protection even when the engine temperatures are high.

To offer the best performance and horsepower, racing engines need to be clean and healthy. The synthetic oil comes with superior cleaning agents. These get rid of all deposits in the engine and prevent sludge formation.

Plus metal to metal contact in the engine wastes otherwise useful energy. The synthetic oil offers superior anti-wear protection as you enjoy more horsepower and performance for your engine.

Its shear stability resists any change in viscosity in all weather conditions. It is also rust-resistant which enhances durability.

How to use Royal Purple XPR synthetic oil

To get the best protection, you should follow the manufacturer’s recommendations.

Ensure that you do not go beyond the recommended drain period given by the manufacturer. Otherwise you may end up voiding your car warranty.

The Mobil 1 synthetic oil has a formulation that fits any drive. With its enhanced additives, the synthetic oil keeps your engine running like its new.

The oil stands out for its exceptional anti-wear properties. It forms a protective coat that prevents friction between the metal parts.

It also outperforms conventional oils in cleaning capabilities. As the oil circulates in the engine, it collects the deposits leaving your engine clean. This improves the overall performance of your engine.

Valvoline racing oil has a formulation that enhances the performance of your car.

For a racing car two aspects are essential. It should have an enhanced horsepower for better performance. Secondly, it should have minimal friction between the engine parts.

Racing engines are very demanding. They generate a lot of heat due to the rapid movements and shifts in the engine. Thus, you should use an oil that withstands the severe conditions in the engine.

Royal Purple XPR racing oil comes with enhanced thermal properties. As such, it can offer optimal protection even when the engine temperatures are high. It also enhances the horsepower in the engine, which is crucial for racing.

What are the benefits of using Royal Purple racing oil instead of regular synthetic oils?

On the other hand, Royal Purple comes with superior additives to meet the racing engine’s needs.

For instance, it comes with advanced anti-wear properties that prevent friction. Reduced friction means no useful energy is being wasted, which increases performance.

Should you use conventional or synthetic oil in a racing car?

Oil in a racing car engine not only works to lubricate the engine parts. It also acts as a coolant that brings down the high temperatures.

Although conventional oil can lubricate the engine it may not hold the high temperatures as they end up breaking down. This exposes the engine to more friction and wear, which shortens its lifespan.

Also, it does not deteriorate in high temperatures and offers protection to your engine at all times.

It comes with enhanced cleaning agents as additives. The oil collects and eliminates all dirt and deposits from all parts of the engine.

It also prevents the formation of sludge that would affect the performance of the engine.

It is also rust-resistant.

XPR is a fully synthetic oil. Synthetic oils are expensive because of the research involved in formulating them. It also goes through a rigorous method of production to remove all impurities.

Also, it comes with superior additives that offer better protection for your engine.

Although the synthetic oil is expensive at first, it ends up saving you a lot of cost at the end. First, it has an extended drain period which saves you a lot of maintenance costs. It is also fuel-efficient.

Who should use Royal Purple XPR synthetic oil?

The synthetic oil is for racing car lovers that want the best for their vehicles. The oil offers the best anti-wear protection for your engine.

Racing engines are very demanding. They generate a lot of heat due to the rapid movements and shifts in the engine. Royal Purple XPR comes with enhanced thermal properties and can offer optimal protection even when the engine temperatures are high. It also enhances the horsepower in the engine, which is crucial for racing.

The best oil for Cummins Diesels