We recently reviewed a popular Synthetic oil series in the Royal Purple products lineup. It has been blipping on our radar for a while now. We wanted to do another write-up about Royal Purple synthetic oil, but this time it is more within the context of spreading awareness. 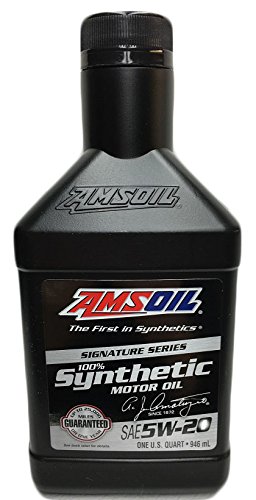 Royal Purple Co. Has a Bit of Dirt Under Their Nails!

In our initial review of Royal Purple engine oil, we were highly impressed with everything that the quart had to offer. The oil’s ability to retain its signature purple color was pretty impressive – and that too after long miles of driving around during the test phase.

Then again, we made the “mistake” of not comparing the company’s product with other brands. The review was done in an isolated environment, where our main focus was Royal Purple synthetic oil. That review sort of narrowed our mindset, which eventually had an impact on our verdict.

As it turns out, AMSOIL is much better than Royal Purple. There are genuine reasons that break the oils’ chemistry to molecular level. But before we do that, there’s one interesting thing that we found out recently.

AMSOIL Co. recently filed a lawsuit against Royal Purple Co. for misrepresenting some product related facts. Just like Castrol, Royal Purple claimed that a select number of its products were 100% pure synthetic oil. AMSOIL did some digging around and challenged Royal Purple Co. in the court.

It was later revealed that Royal Purple had to pull off some of its products from the shelf; they also had to do a bit of rebranding and a lot of products had to have their description rewritten.

Anyhow, that was in the past. Royal Purple is reportedly doing much better now.

Since we mentioned earlier that Amsoil synthetic oil is better, it is mainly due to the fact that they focus on creating products for high performance cars. Think of race cars and high rev engines on motorcycles. Such engines produce a lot of heat; they demand amicable percentage of lubrication, and the density has to be perfect.

By those standards, AMSOIL does a lot better than Royal Purple. Some of the main highlights of Amsoil synthetic oil from general point of view are, but not limited to:

The best part about Amsoil is that they deliver twice as much performance as compared to conventional synthetic oil brands. There is an added security layer in the compound as resistance to rust, heat and cold temperature spikes. These factors have affected the Amsoil product’s pricing because they tend to be generally expensive than competitor lots. However, the overall high quality ensures that Amsoil customers remain happy for years to come.

Royal Purple is a relatively new company. They are based in North America, partly because of the reason that the company plans on meeting the “top notch” motor oil industry requirement. By comparison with other products, Royal Purple synthetic oil is good, but it is only meant for a select audience.

For argument’s sake, we take the example of Royal Purple max cycle high performance synthetic oil. Although this oil is meant for motorcycles, you can use it on a long range of engines that fulfill the standard requirements mentioned on the container.

The main features of Royal Purple max cycle high performance synthetic oil can be summed up as:

In our previous review of Royal Purple engine oil, we hailed the product for being able to retain its purple color. On that note, we were probably lucky because many users on the internet had a different experience. They said that not only did their oil lose its purple visual appeal shortly after a few miles, but the engine performance was not as good as the company’s reps promised. Anyhow, that’s a discussion for another day.

The bottom line is that Royal Purple max cycle synthetic engine oil and other variants are suitable for daily use cars. If you drive a Sedan, a 350 – 600 CC motorcycle, or any other car, the oil should do well.

On the contrary, if you happen to be an owner of Mercedes, BMW and such other cars within the high price tier, do not use Royal Purple oil. Go for Amsoil or other brands because they are specifically made for high performance cars in mind. That is of course, if money is not an issue for you.

Best of luck, and don’t forget to share your experience about Royal Purple, Amsoil and other company oils through the comments section below.