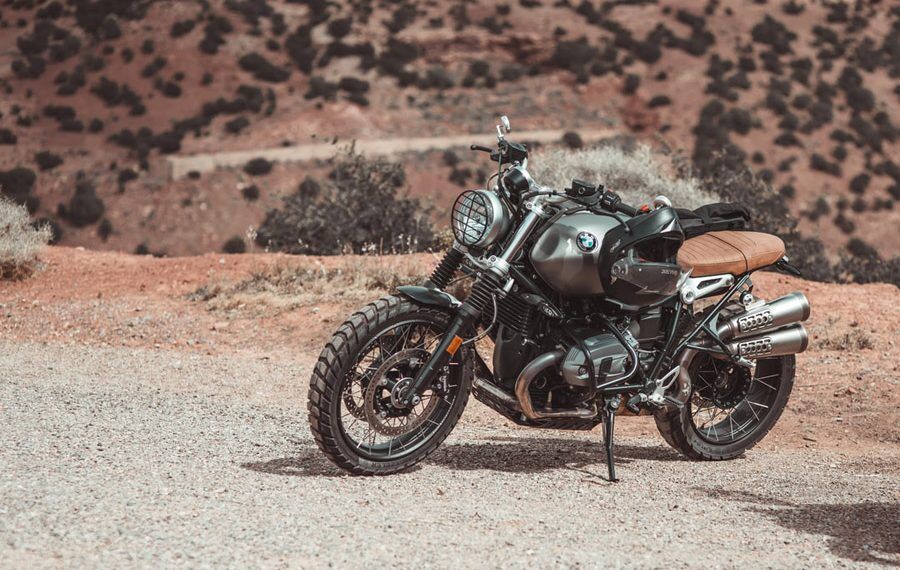 Photo by Zakaria Zayane on Unsplash

The engine and transmission of a motorcycle consists of a large number of moving parts and Royal Purple and synthetic motorcycle oil can help to lubricate them. When the motorcycle is moving, these parts will hit against each other resulting in friction and heating of the surface of the parts of the motorcycle. This increases the wear and tear of the transmission system and engine, reducing the life of the engine and other parts. 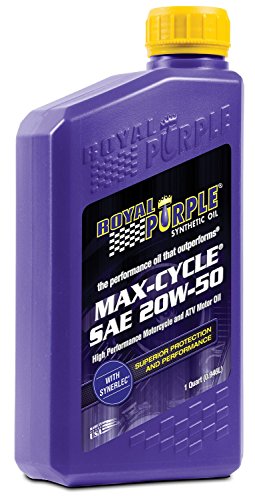 A Little More About Max-Cycle

The Max-Cycle 20W-50 High Performance Synthetic Motorcycle Oil , like other motor, motorcycle, transmission and gear oils from royal purple is using the proprietary Synerlec additive technology. This technology ensures that the performance of the oil is far superior to that of its competitors. The additive is man-made after extensive research. It improves the motorycle oil at the molecular level. It does so by creating ionic bonds between the oil and the metallic surface which are extremely strong.

This ensures the motorcycle oil will not break down even when the pressure and heat produced are higher for a longer period of time. Instead the oil will provide a stronger film, and more lubrication. Additionally when used for a longer period of time, the oil with Synerlec is improving the condition of the metallic surfaces. The surfaces which are inherently rough, will become smoother when the oil is applied. The oil will also reduce the friction and improve the lubrication of the moving parts inside the motorcycle.

The highly rated Max cycle synthetic motorcycle oil is a fully synthetic oil formulated from base oils which are synthetic. No crude oil derived oil is used for making the oil. The oil is rated at SAE 20W-50 , which means that the viscosity of the oil is 20 at a lower cold temperatures, and 50 at normal temperatures. This ensures that the oil can provide more mileage, and also reduce the wear & tear of the parts at a higher temperature.

Since it is a synthetic oil, the manufacturing process is more complex compared to mineral oils making it more expensive compared to other oils. The oil will also help in protecting the engine from corrosion and rust. The oil can be used in 4 cycle engines which are either liquid cooled or air cooled. Motorcycles with a wet-clutch transmission can also apply the oil.

The protective film formed on the surface of the moving parts of the motorcycle by the oil is of high strength. This ensures that it will last for a long time and will reduce the wear & tear of the engine and other components. Due to the reduced friction, the fuel consumption of the motorcycle will also reduce, saving the user money. The oil has these characteristics, mainly because of compounds used while formulating the oil which reduce friction and damage to the engine, component surface. 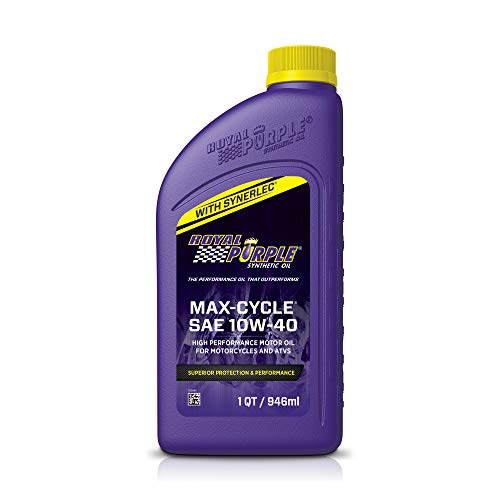 The motorcycle oil is formulated so that it can be safely used in motorcycles where other synthetic and mineral oils were used, no flushing is required. Since the oil does not get oxidized easily and has greater shear stability, it can be used for a longer period of time. Hence the user will have to use the oil less frequently.

The Max-cycle motorcycle oil conforms to or exceeds the requirement of the American Petroleum Institute (API) for a motorcycle oil. When subjected to the test for clutch friction JASO-T903:2011 it is rated as JASO MA2 which indicates that it has the highest compatibility for wet clutches.

Users can purchase the motorcycle oil in different quantities, packaging based on their requirement. Royal purple is selling one quart (32 ounces) for those who wish to try the motorcycle oil or require smaller quantities. A case with six quart bottles is also available.

Though it is more expensive than other synthetic motorcycle oils available, the motorcycle oil Max-cycle from Royal purple provides better engine and moving part protection, reducing the friction and heat generated to a great extent. The greater fuel efficiency, longer life of the motorcycle engine, transmission when this oil is used, make it the preferred choice for motorcycle users worldwide